Hexagram – The mystical symbol of the hexagram

The hexagram is a six-pointed star, which consists of two interwoven equilateral triangles. It represents the union of the polar forces, the triangle with the apex upwards being assigned to the male pole and the one with the apex downwards to the female pole. Thus this magical symbol represents the union of above and below, spirit and matter, the visible and the invisible world.

The hexagram is an important symbol in alchemy. The triangle with the tip up represents fire and that with the tip down represents water. Likewise, the points and the centre of the hexagram are assigned to the 7 alchemical metals, namely lead, tin, copper, silver, mercury, iron and gold.

In astrology, the prongs and centre of the hexagram symbolise the seven ancient planets Saturn, Jupiter, Venus, Moon, Mercury, Mars and Sun.

Thus the hexagram represents the macrocosm and the pentagram the microcosm. The triangles of the hexagram symbolize the union of opposites – hence it is a symbol of the “mediator”. Each human being has both the masculine and the feminine aspect within him. The masculine aspect is associated with the self-consciousness, the sun, the active and the projecting, the feminine aspect includes the subconscious, the moon, the passive and the accepting.

The hexagram is also a Gnostic symbol and symbolizes the divine man Adam. From his side God created Eve, because Adam should not be alone and be able to enjoy the pleasures of life and love. Adam and Eve are therefore inseparable and the two poles were created so that love could be experienced on the level of man.

The lessons of the Hermetic Academy teach, among other things, that one of man’s tasks is to learn how to love. This can be learned most easily in family and relationship. Only those who open themselves to love can experience love. Through suffering, selfish tendencies are tempered and the person learns to express compassion and love. Thus the magical hexagram represents the great work of alchemy, namely the chymic marriage. 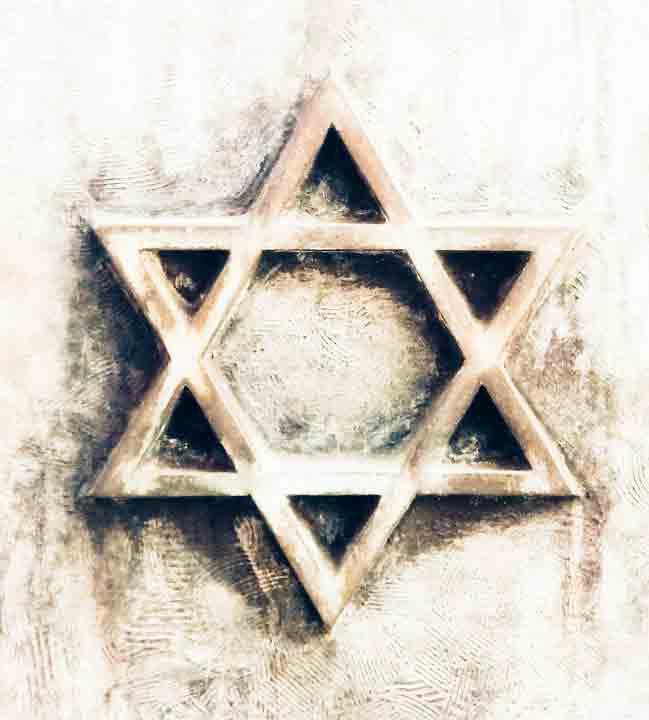