“Propaganda” by Edward Bernays is a book devoted to understanding mass communication. In his book “Propaganda” Edward Bernays explains what propaganda is and how it can be used to influence society. His book illustrates how an elite governs the world by influencing public opinion with targeted propaganda.

Bernays dealt with the psychological aspect behind mass manipulation and shows how it can be used. According to this, topics such as gender mainstreaming and racial equality could be promoted, politics could be influenced or social changes could be brought about. Bernays describes the term propaganda as a persistent attempt to create “knowledge” in order to influence public opinion about a company, an idea or a group.

This goal is pursued through public relations and the creation of apparent chaos. As early as 1927, Bernays spoke of the existence of leaders financed by companies in order to move the population in a certain direction. The author divides the work into two different sections: The first part refers to the role of propaganda in American society at the time and the instruments used. The second part presents the purpose of propaganda in areas such as politics, women, economics, science, and education.

Bernays analyzes how propaganda worked and by what means it used to win people over. Even then, Bernays observed that there is a hidden group that determines the opinions of the popular masses. Regardless of the intended activity, propaganda must be directed at the large masses within the population.

Bernays also studied propaganda from the point of view of psychology, referring to Freud. According to this, people are often driven to act by unconscious motives. People are integrated into different social groups. Their judgement is therefore subject to a combination of external influences, which ultimately unconsciously govern their thinking. For the leadership of each group it is therefore of utmost importance to generate unconscious “judgements” of certain views or ideas in people. For Bernays, propaganda means creating the right conditions for changing a habit, not trying to change a habit.

Bernays criticizes that the new propaganda methods were first and foremost used in politics. He also speaks of entrepreneurs who invest heavily in political campaigns. The politician thus becomes a “salesman” who gets his votes the same way the entrepreneur gets his turnover.

The author shows in numerous cases how easy it is to gain the acceptance of the masses by means of targeted propaganda. By playing a few objective goals and the ongoing and intensive study of society, the propagandist will eventually succeed in creating a social opinion that meets his demands. 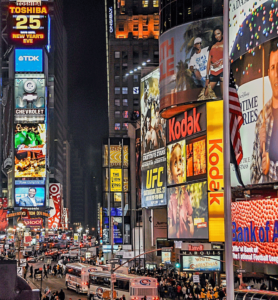