The concept of self-knowledge consists of two components, the self and knowledge. Since time immemorial, man has been wondering who or what he is and where this being ultimately leads in the end.

Self-Knowledge – In the Mystery Tradition we learn about the interaction between the Higher Self, which is also called the Holy Guardian Angel, and the Lower Self, the aspects of personality. The Awakened One realizes that the personality is the mask or vehicle, similar to a vehicle for the “I AM”. This vehicle is tempered and refined by the Higher Self.

It is usually a long and painful process before a person becomes aware of the true nature of his or her being. The ego rebels and wants to hold on to the illusion of a separate existence with all its power – but as soon as man begins the path of self-knowledge, the higher self destroys the false self-image and the resulting false identification to the ego.

However, as soon as we learn to fully dedicate ourselves to higher guidance, we give way to the true king, who is referred to in the mysteries as Christ, Osiris, Mithras, Hiram, Buddha, Krishna or many other names depending on the cultural context. Thus the permanent, conscious contact between the higher and lower aspects of the soul is developing.

On spiritual path the personality aspects are gradually directed towards the higher to express our true essence more completely in all aspects of life. It does not matter how long this transformation takes, because it is a process that is led by an entity that was, is and always will be. This is the alchemical transmutation of heavy lead to the perfect gold.

The symbol of the Rosicrucian cross represents in the mysteries the balanced personality, in the middle of which the spirit point incarnates. This process cannot be forced, but is a higher grace bestowed upon those who have entered the next stage of human evolution. Through conscious devotion and gratitude we gradually open ourselves to this knowledge and gain more insight into the hidden meaning of our lives.

In the online courses of the Hermetic Academy the student of Hermetics gradually learns to understand these processes and to approach self-knowledge. 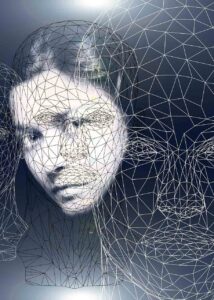