The book “Kybalion” was published by three anonymous authors in 1908. It contains a theoretical treatise on seven hermetic principles. These seven hermetic laws are the principles of mentality, equivalence, vibration, polarity, rhythm, sex, cause and effect.

The Kybalion is a book of hermetic philosophy of ancient Egypt and Greece. In early times, there was a collection of basic hermetic doctrines taught by the teacher to the student. This compendium was known as the “Kybalion”, although the Kybalion can only represent parts of hermeticism as it is intended for public use. The exact meaning of the word “Kybalion” was lost centuries ago. These teachings and allusions are known to many scholars of the scriptures to whom they have been passed down over the centuries.

The first known paper on these teachings appeared in 1908 with the title “Kybalion” and was published in Chicago. The authors of this book are not mentioned by name. Only three initiates are mentioned as authors. Hermes Trismegistus is mentioned in various sources as the father of Kybalion.

From the perspective of the mystery tradition, the Kybalion explains only theoretical aspects, since the practical tools are reserved for authentic mystery training. This confirms that the authors were “real” initiates and kept their obligations of secrecy. They published only those areas that were intended for public use. Other principles they kept hidden.

Finally, it can be concluded that the principles of hermetic initiation are the true and hidden keys for transformation. These are mentioned in Kybalion. According to the words in Kybalion: “Where fall the footsteps of the Master, the ears of those ready for his Teaching open wide.” 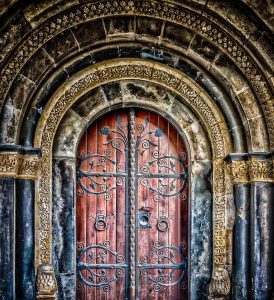