Hermeticism is an ancient secret doctrine that dates back to early Egypt and its innermost knowledge has always been passed on only orally. In each generation there have been some faithful souls in different countries of the world who received the light, carefully cultivated it and did not allow it to be extinguished. Thanks to these strong hearts, these fearless spirits, truth has not been lost. It was always passed on from master to disciple, from adept to neophyte from mouth to ear. The terms “hermetically sealed”, “hermetically locked”, and so on, derive from this tradition and indicate that the general public does not have access to these teachings.

Hermeticism – Even the theory of these teachings is rarely found in books, and if so then only veiled. Kybalion is one of the most knowledgeable books. The term “Hermeticism” is related to Hermes Trismegistos. Hermes is the patron of the esoteric tradition. Hermes is considered the messenger of the gods and guardian of the primal knowledge. The well-known seven hermetic principles originate from him.

Hermeticism is a key that gives people the possibility to achieve everything they desire deep in their hearts, to develop a profound understanding of life, to become capable of decision making and responsibility; and to answer the question of meaning. Hermeticism offers a hidden key to unfolding.

Nobody can teach this knowledge to himself. Even in competent books like Kybalion, the teaching is only passed on in a veiled way. It always requires a master to pass on the wisdom to the able student. Today, as in the past, authentic mystery schools are a way to acquire this knowledge. The Hermetic Academy is one of these authentic schools.

The practical tools of the Hermetic tradition consist of study, meditation and ritual. This is also called the “Hermetic Path”. The practice of these tools can effect a series of subtle and important changes in human consciousness. One of the most important changes is the conscious development of perception. These tools consist of Western Kabbalah, alchemy, astrology, symbolism and Christian mysticism. 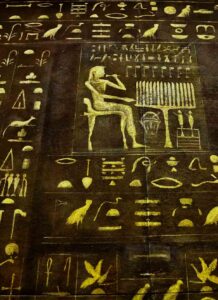