The mechanism of Hermetic Laws

Our universe is based on laws of nature. We live and we die. Just as gravity is active on earth, there are also universal laws of consciousness that are active. If we take time to understand these laws, we can use them. We can utilize the forces of gravity to fly and we can utilize the knowledge of the laws of consciousness to live more fulfilled lives.

Hermetic laws – The seven hermetic laws trace back to Hermes Trismegistos. He is considered the spiritual author of the emerald tablets as well as of the Corpus Hermeticum. He is a combination of the Egyptian god Thoth and the Greek god Hermes. Both were gods of wisdom in their respective cultures.

The hermetic laws in their present form only became known with the publication of the “Kybalion” in 1908. The authors called themselves the “Three Initiates” and remained anonymous. They are still unknown. The seven hermetic laws, are described in the Kybalion as follows:

Each of these principles exists in nature and is directly applicable to our mental, emotional and spiritual states. For example, the first principle of the mentality of spirituality is the cornerstone of the hermetic laws on which others are based. Everything is built on energy and originates in the spirit.

The fourth law, the principle of polarity, tells us that love and hate are the same intensity of emotion, differing only in degree. Polarities are not for judging, they are important for understanding each other.

The sixth law, the principle of cause and effect, is probably the best known. In Eastern tradition it is also called the law of karma. Everything has a cause and nothing happens by chance. This can be done through incarnations, but whoever starts to pay attention to it in the here and now, also becomes active in directing and shaping his life.

In the Hermetic Academy, these and other laws of Hermeticism are preserved and the key is given to open the inner gates of understanding and spiritual prosperity. 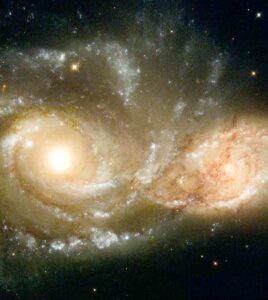