The Miracle of Halo

The concept of halo is familiar to most people in the West as well as in the East, not only on Christian icons but also in Buddhist and Hindu art we find illustrations of so-called aureoles.

Halo – It is remarkable that the image of this circle of light has its centre in the area of a certain area of the brain, from which the circle spreads out according to its radius. In mystery tradition, the functioning of certain areas in the brain has been known for thousands of years. At the lower end of the spine a force is slumbering, which is called snake power or Kundalini. Fortunately, this force is dormant in most people, because to raise this force unprepared would lead to delusions as well as very dangerous consequences for the person concerned and his environment.

The wise have always warned not to release this power uncontrolled, as this energy would exceed that of Niagara Falls. Unless the nerve cords of the aspirant are purified by ethical and alchemical preparation, the force of the force being released would destroy the finer as well as physical vehicles of that person.

Such individuals usually end up in psychiatric clinics and are not able to cope with their lives. On the initiatory path, this power is gently uplifted. In this way it activates areas in the brain that are only used rudimentarily in the average person. Thereafter the consciousness of the aspirant rises to insight. This makes it clear that true development is also accompanied by physically measurable changes.

A further reflection deserves the statement of Christ: “Be as children again…” This indicates that children still have an unhindered upward force flow. Shortly before the beginning of puberty this channel closes at the lower end of the spine, because the increasing sexual power would act with too much force, psychological disorders would be the result.

The Hermetic Courses teach the students of the Hermetic Academy how to activate these energy centres and develop their potential. 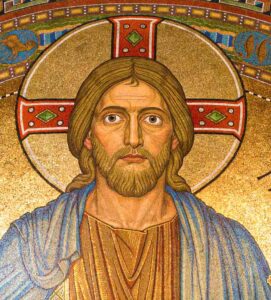