The secret doctrine of esotericism

The ancient Greek word esotericism is familiar to almost any child nowadays, especially as it is a flourishing economic sector in the modern understanding. Therefore the original and deeper meaning is probably known only by a few people.

Esotericism – Anyone who reflects on the term “esotericism” or searches for it on the Internet will soon come to the erroneous assumption that it is in principle a kind of umbrella term for irrational, popular hocus-pocus. For example, Reiki, spiritual healing, card reading, channeling, astrology, gemstone therapy or even light food are marketed as esoteric practices. This is one of the main reasons that the formerly authentic term has fallen into such dubious light.

It is a sad fact that innumerable seekers of meaning literally train themselves with the help of cost-intensive weekend seminars in order to pass on to other seekers – also for a lot of money – the half-truths that they have learned there. In the original sense esotericism is a philosophical teaching that is only accessible to a limited “inner” circle of people – in contrast to exotericism, the area of philosophical teaching that is accessible from “outside”.

Aristotle was one of the earliest founders. He described his courses, which were suitable for beginners and those not familiar with the subject, as “exoteric” (outwardly directed). In this way he distinguished them from the strictly scientific philosophical teaching. In the early 19th century, the use of the word esotericism began with a literary work on ancient Gnosis. In the middle of the 19th century, the noun was used for the first time in a French universal encyclopaedia to designate secret teachings. Through the works on Kabbalah and magic by the French occultist Éliphas Lévi, the term found widespread use in the occult vocabulary.

Magic has been a secret science since the beginning of mankind and so it has been all times and still today. After all, this is the teaching that is passed on in top secret in initiatory orders.

Numerous speculations about magical secret knowledge are the content of countless pseudo-esoteric bestsellers, which however have nothing to do with true magical practice. In contrast to this, the student of the Hermetic Academy, step by step, gains access to profound esoteric knowledge, which, correctly applied in daily life, leads to the realization of true “humanity”. This is the real teaching of esotericism, which shows an unknowing person step by step the way to enlightenment. 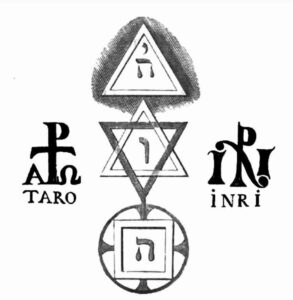