Theosophy originates from Greek and is a “doctrine of God”. The aim of Theosophy is to unite religion, philosophy and science. The Theosophical doctrine seeks the knowledge of God and enlightenment. Important figures of Theosophy are Jakob Boehme, Helena Blavatsky, Annie Besant, Rudolf Steiner and Franz Hartmann.

Theosophy is Greek and means translated “divine wisdom”. It strives to unite science, religion and philosophy and understands itself as a world view with the aim to gain knowledge about God. It does not see itself as a religion, but as the common core of several religions. It claims to have an understanding of the essential truth behind all religions and to be able to demonstrate it. Theosophical ideas already occur in the ancient Indian culture, scriptures from Babylonia or the ancient Greek mysteries. Theosophy does not belong to any religion, because it holds the view that truth does not pursue any religion, but exists in the inner being of man.

Helena P. Blavatsky founded the modern form of theosophy in 1888, which is strongly influenced by the secret teachings of India. According to her, Theosophical Society (TG) is based on the insights of the sages of mankind. From 1907 the occultist Annie Besant led this movement. Since then, Indian mysticism has played an important role.

Other directions of theosophy can be traced back to Jakob Boehme, who understood his teaching as eternal knowledge, as timeless wisdom. Another branch of theosophy dates back to Emanuel Swedenborg, who undertook numerous studies to discover the secrets of man and the human soul. Jewish theosophy, on the other hand, is linked to the traditions of Kabbalah.

The teachings of God and the discovery of these hidden mysteries is an essential aspect of the online courses of the Hermetic Academy, which give orientation in theory and practice. 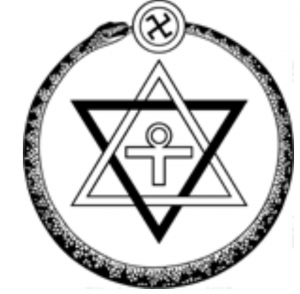