The symbols of the Tarot attribute consciousness or the I, the number ONE. The Tarot key “magician” corresponds to it. This symbol illustrates that the magician directs the powers from above through himself and manifests them in the world. Everything to which the consciousness directs its attention is realized in life. Thoughts, emotions, words, actions are strong suggestions (hints) for the subconsciousness, which promptly tries to implement the incoming signals. Therefore, a true magician learns to purify his desires and to intentionally enable the divine will and the divine power to flow through him.

In the courses of the Hermetic Academy the practical implementation of these laws is taught. Only once we understand the importance of self-consciousness, we can use this power to be a fully realized image of God here on earth. In this process, self-observation plays an important role, as does self-knowledge, which leads to the targeted and conscious refinement of the personality aspects. That means identifying and adapting thought and behaviour patterns. 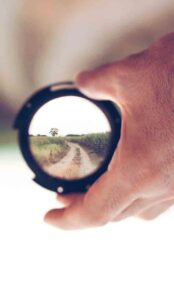