The mystical doctrine of Antroposophy

Rudolf Steiner (1861-1925) is considered the founder of anthroposophy, which he called spiritual science. Antroposophy literally comes from the Greek “wisdom of man”. Rudolf Steiner pursued the goal of meeting spiritual realities with the same scientific methodology as natural scientists strive to do in their fields.

In addition, there are hundreds of lectures which have not yet been published. Rudolf Steiner is the founder of the magazines “Lucifer-Gnosis” (1903) and “Goetheanum” (1921). Steiner can be called a pioneer and revolutionary in many areas of life. Antroposophical medicine, anthroposophical agriculture (Demeter or biodynamic agriculture), Waldorf education, anthroposophical movement art (eurythmy), anthroposophical architecture etc. are based on his spiritual science and anthroposophy.

The headquarters of the present Antroposophical Society is at the Goetheanum in Dornach (Switzerland), which is also the residence of the School of Spiritual Science. In summary, the central subject of anthroposophy is the idea that man does not exist on his own, but is integrated in an overwhelming cosmic context. Accordingly, he is not only responsible for his actions and fate, but he also has the opportunity to shape his environment actively by using the cosmic forces and directing them into the desired paths.

Rudolf Steiner was also very interested in western ceremonial initiation paths, symbols and mystical rituals. The Hermetic Academy preserves an authentic path of spiritual development and teaches the doctrines of the Western mystery tradition in its courses. 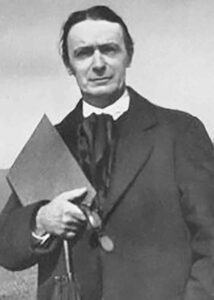