Astral world – The origin of the term “astral” is derived from the Latin “astrum”, which means constellation or star. Astral therefore means “concerning the stars, belonging to them or originating from them”. All descriptions and terminology that describe these realities are limp and can only be seen as an attempt to describe things that elude ordinary common sense.

In various occult and spiritual currents it is reported that there is not just one world, but several worlds. Depending on the spiritual streams, there are different names for the respective worlds or levels or sub-levels. In the theosophical world view it is reported that there is a physical, an astral, a mental, a causal and a spiritual world or plane. Each of these worlds in turn has sub-levels and among each other the worlds are interwoven and have smooth transitions. However, these systems and subdivisions are neither rigid nor immovable, like geological layers of earth for example – but rather they represent realities that are simultaneously present and interconnected.

The astral world can be imagined in this context between the physical-etheric world and the mental world. This is the natural environment of the astral body, which in turn is a more subtle version of the human body.

In the system of Kabbalah, the ninth Sephirah Yesod (foundation) in the tree of life corresponds to the subconscious on the level of the microcosm and on that of the macrocosm to the astral world. This sphere is also called the treasure house of images.

The astral world is mainly dealing with themes such as desires, lust, inclinations, sympathy, fears, illusions etc., which become essential or pictorial in this world. Man experiences the astral plane during the dream phase or even after physical death as an intermediate phase. An aspect of the astral world is therefore also described in Gnosis as purgatory, in that all the aspects mentioned above, which were not brought into harmony in life on earth, are purified in the astral body of the person before he can reach the lower parts of the “sky”. It is by no means a place of eternal torment, as some religious misconceptions would have us believe and use it as a tool of manipulation or blackmail to make the devotee willing. On the contrary, purgatory is an important place for the purification of the soul in order to be prepared for higher levels. In the instructions of the Hermetic Academy, these topics are treated practically and theoretically. 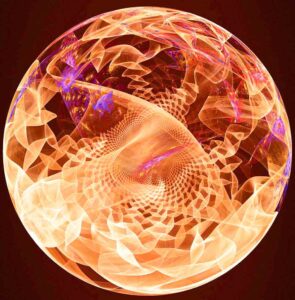