Magic as a royal science preserves the most ancient knowledge of mankind, which originates in eternity and is universally and endlessly valid. It is a universal science that differs radically from conventional esoteric paths. Many myths are circulating about its meaning, various treatises and books seduce interested people to practice rituals promising quick power and magic powers.

Magic – The linguistic origin of the word can be found in Persian, where magic meant as much as “philosophy”, and in Greek, where it was understood as “love of wisdom”. This already indicates a more differentiated meaning than the one we are usually familiar with, and is related to the intention behind the practice of it. If this serves the self-delusion, the increase of power and influence, it is commonly called black magic. This is left path, which is personality-centered and seeks to selfishly control the environment. The right path, on the other hand, is God-centered and is called White Magic. The left and right paths are used to distinguish the direction of movement in the cycle of human evolution of consciousness.

Magic itself is neutral. The energies that are used in magic are living consciousness. The magician’s personality acts as an amplifier for these forces – similar to a computer connected to the Internet. Needless to say, it is an art that requires profound training so that these energies can be used and controlled in a targeted manner – for the sake of everyone.

The god of magic is Hermes and its greatest teacher is nature. Magic teaches us to recognize the structures, proportions, rhythms and symbols behind external appearances and to draw appropriate conclusions about the laws of life. It should help us in daily life and this will be achieved by creating a connection to life through daily use. Colour and sound are powerful tools in the rituals of the magician. His path is marked by meditation, ritual and study. Therefore, in an authentic training-system of Hermeticism these three aspects are taught. The Hermetic Academy is an authentic mystery school that preserves proven, contemporary and the most effective tools. The basis is always an ethical correction to ensure a responsible use of magical methods, which includes secrecy.

It leads to the knowledge of the divine being, the One Power, which is the origin of all being, thus man gains the long-desired insight into the creative plan. “Magic is the art of moving the will through the creative power of the self-conscious mind” you can read in the book “Magic. The Heritage of the Rosicrucians” by Elias Rubenstein (2010). Thus, magic of the right path leads to correction and self-knowledge, to the development and transformation of man on the way to his true destiny. 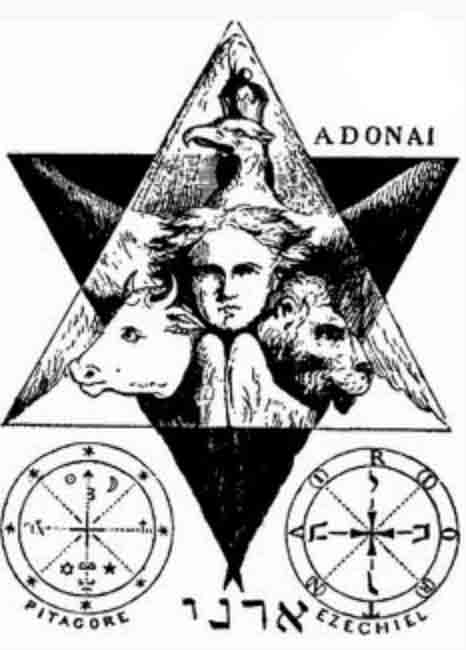