Imagination – The word Imagination comes from Latin and comes from Imago, which means “picture”. Imagination is the pictorial representation of events and situations. Inner images, fantasies and conceptions flow in our subconscious, and if they are strong enough, they manifest themselves on the world outside, i.e. we see them in our daily circumstances. Images that are repeated again and again in our mind are developed.

Memories of images that are imprinted in our soul are observed with the inner eye and urge into the manifestation. If the driving force is great enough, this image is realized through our actions. The magician focuses the limitless power to a point through his attention and concentration. Through concentration he creates circumstances which he experiences in his life. Magic and willpower are interlinked.

The human being is a mediator who receives a frequency like a television set. Depending on the bandwidth to which this mediator is set, this channel is received exactly in the same way as a television channel. Man can only imagine in this frequency – everything else remains hidden. If a person would be tuned to a different frequency, he would imagine and receive something different. Certain areas of life are always present, but only if a person is attuned to these, it is possible to experience these areas, such as enlightenment, prosperity, freedom, healing. These frequencies are present all the time. Depending on the magician’s direction, he receives it. This frequency is then directed into manifestation by the magician’s will, his clear mental imagination loaded with strong emotions, and his actions. In this way, goals are realized. The first courses of the Hermetic Academy teach how the power of imagination can be used to realize goals.

In the biblical story of creation it is described that the Creator Gods created man in their own image. This means that man has the same creative power as the Creator Deities. The principle of attention is the key of magic, the royal art that the magician celebrates. Things on which man directs his attention are filled with creative power and are realized on the canvas of life. If man directs his attention only to the lack, then the lack multiplies. But as soon as man directs his attention to the fullness of life, fullness becomes reality. Our life is the result of our attention. Every moment we have the opportunity to focus our attention on other areas. Daily life is the classroom in which the righteous man approaches the mystery. 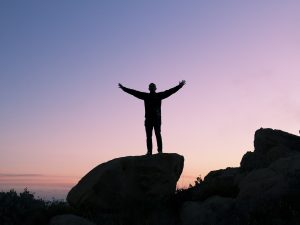