Mysteries in the past and present

The term mysteries describes a secret, an unfathomable event, something that cannot be explained to man. A mystery cult is therefore a spiritual teaching or rite that remains hidden from the eyes of external observers. The admission into the society usually takes place through so-called initiation rites.

Mysteries – Mystery cults have been spreading since the 7th century BC, especially in Greece under oriental and Egyptian influence. Well-known cults of the ancient world include the mysteries of Eleusis, the Dionysus, the Samothracian mysteries, the cult of Mithras, the Isis and Osiris cults. The cult of the goddess Isis dates back particularly far into the past – already around 2300 BC she is mentioned as an important goddess in pyramid texts. In ancient Greece and the Roman Empire the mysteries experienced a great boom.

The mysteries of Eleusis are a perfect example, as they have all the characteristics of a classical mysteries. Initiation took place in two stages – first the initiator received initiation into the lesser mysteries. The Myste (initiate) was taught in myth, ritually purified and offered sacrifices to the goddesses. After this process he was ready for initiation into the higher mysteries, which was held in Eleusis and lasted 9 days. The mysteries contained the teaching of rebirth and promised the initiates an individual life in the presence of the gods. Socrates is supposed to have said: “You need not be afraid of death, you will also have a place of honour in the hereafter, because as an initiate in the Eleusian mysteries you are a relative of the gods”.

The mysteries of Mithras are among the more recent classical mystery cults. Only men were initiated into this cult and therefore it is considered as a possible origin of Freemasonry. Mithras embodied the principle of light – the good. He fights against evil and darkness. The Mithras cult contained a cosmology and soul teachings that were well received by learned people. Among the mysteries of Mithras there was equality and they called each other brothers, regardless of their rank outside the cult. Also some emperors (Nero, Commodus, Julianus II Apostata) were initiated into this cult. 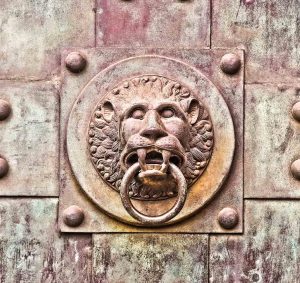