The term gnosis has its origin in the ancient Greek root “gnostikos”, which means “to know” or “knowledge”. Gnosis thus stands for self-knowledge, which is ultimately true knowledge of God.

Gnosis, that is, knowledge, is not an intellectually read book knowledge, nor is it a scientific and intellectual understanding, but rather the knowledge of a ageless, eternally truth at first hand and through direct insight. Gnosis thus also describes a higher state of consciousness in the sense of liberation and enlightenment, beyond the polar five-senses consciousness.

This truth is not found in the mind but in the heart, which is why the Gospel of Truth, a Gnostic scripture, also talks about a “Gnosis cardias”, a wisdom of the heart.

In Clement of Alexandria it is described in a promise as follows: “Gnosis knows … who we were and what we have become. Where we came from and where we have gone. Where we are going and what we are liberated from. What is our birth and what is our rebirth.”

The golden age of gnosis dates back to the 2nd and 3rd century A.D. but its teachings survived in the ageless wisdom handed down.

The original sources of Gnostic texts are the Codex Askewianus, which also contains the work of Pistis Sophia. Furthermore the Codex Berolinensis Gnosticus 8502 and the Codex Brucianus.

Within Gnosis there is a great variety of movements, among which the Ophite (snake) Gnosis and the diagram of the Ophians (from Origines, against Kelso VI, 24-38), the Valentinian system (Irenaeus I, 1-7, 1) and the Basilian system (Hippolyt VII, 20, 1-27, 13).

Gnosis knows the true nature of man, it has insight into the mysteries of creation and into the immortality of man. Gnosis teaches to liberate oneself from illusion and lies. The true Gnostic not only knows the way, in fact he is the way itself. As Christ said: “I am the way, the truth and the life.” (John 14:6a)

The Hermetic Academy also teaches Gnostic topics in its online courses with the intention of sharing this “higher knowledge”. 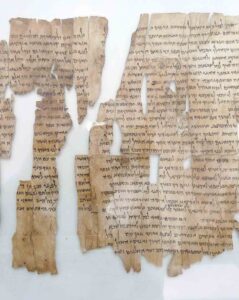