The power of the Aura

The seven main energy centers are arranged along the energy channel of the spine and extend into the aura. The chakras are rotating energy whirls that supply the physical body as well as the subtle bodies with energy. The chakras are used for energy and information exchange. They also have different vibrational frequencies and work up into the aura. Disturbances and blockages in the different energy centres can hinder the energy flow and information exchange in the chakras and the aura. Disharmonies can cause psychological and physical disorders.

There are different colours in the different chakras and subtle bodies. The colours in the aura can be interpreted in various ways. Likewise they are subject to constant change. The aura often shows the colours and energies of the chakras, which flow variously in the subtle bodies. The colours and vibrations in also depend on whether psychological or physical disorders are present. Thoughts, sensations, feelings and emotions just being experienced play an important role.

In the process of human evolution as well as through spiritual development the aura can change. The halo, which is depicted in Christian paintings, is also connected to the aura. This bright glow around the head is a special activity of the crown chakra and has a significant influence on it.

The chakras and the aura can be harmonised and balanced through meditation and traditional spiritual exercises. The energy flow is improved and the vibrations become more harmonious. Through the thousands of years old mystery tradition of the Hermetic Academy, students are guided step by step on a path that can accelerate spiritual development. Through hermetic exercises the energy flow in the chakras is balanced and an enhanced harmonious exchange of information can take place between the chakras and the subtle bodies of the aura. The life energy is strengthened and spiritual potential can unfold further. 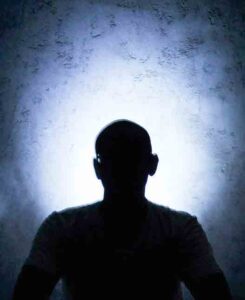